Is Justin Bieber’s new song really all that holy?

Much to the excitement of beliebers everywhere, on 18th September, Justin Bieber released his new single, “Holy”, featuring Chance The Rapper. It’s one of the latest tracks on the xRhythms playlist.

In the past, both Justin and Chance have been pretty vocal about their faith, talking about it on their social media accounts, as well as in their music. However, the journey to finding faith hasn’t been easy for either of the artists.

Bieber fell away from his faith.

Bieber previously stated that he was raised in a Christian home, but after some negative experiences with Christians who he felt were hypocritical, combined with the building temptations of his fame, he fell away from his faith.

It was only in 2015, around the time he released his album, ‘Purpose’, that he reconnected with God.

For Chance, his faith has always been present in his music, with songs like, “Blessings” and “All We Got” speaking in depth about his relationship with God.

However, after his huge success at the 2017 Grammys, where he took home three of the prestigious awards, Chance expressed that he felt a deep emptiness in his life.

On an interview with Today, he claims this was due to indulging too much in the stereotypical ‘rapper lifestyle’ and, as a result, distancing himself from his family and faith.

Your favourite rapper [Chance] is a Christian rapper.

It was in 2018, then, that the rapper seemed to reconnect with his faith. He declared that he was taking a break from music entirely to focus more on studying his Bible. He posted on Instagram, “Watch how I move, different chapters, decisions, missions, visit pastors... Everybody finally can say it out loud; your favourite rapper's a Christian rapper and I got faith and my faith in my soul.”

This new song, “Holy”, puts forward the message that God is faithful to those who believe in him, through lyrics such as, “I know I ain't leavin' you like I know He ain't leavin' us (Ah) / I know we believe in God, and I know God believes in us”.

The song also seems to celebrate and praise the commitment of marriage. This makes sense as, in the past, both Bieber and Chance have credited their respective wives with being pivotal in their journey to finding faith.

"Holy" is a true celebration of both God and love.

Whilst, upon first listen, this song may not sound at faith-based as the title, “Holy”, would suggest; after delving into the meaning behind the lyrics, it is clear to see that it is a true celebration of both God and love.

“Holy” is different from a lot of the other songs you might find in the Top 10 right now. It offers a refreshingly positive message, which is greatly needed in a time when the world can seem pretty negative. 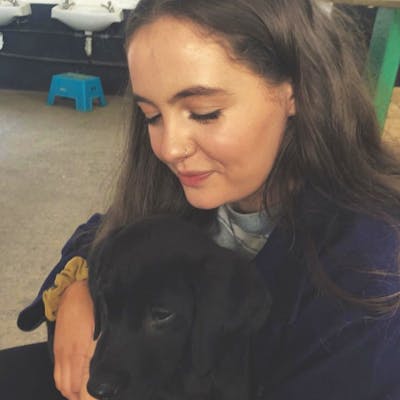