I've been planning my upcoming wedding recently. One of the things you have to think about is the bar. People love to drink at weddings! The only thing is that I don’t drink. I haven’t touched a drop since I was 19. That’s five years sober.

I would love to say that I didn’t enjoy the taste of alcohol, or that alcohol disagreed with me. But no, me and drinking were a toxic combination. I want to share some of the reasons why I decided to stop drinking.

When I did go for a quick drink with friends, it never ended with a polite "see you tomorrow" or, "no I am going home for an early night." It would end with me waking up the next day in my bed having no idea how I got there, or what had happened the night before. I would finish work at 11.30pm and be out until 4am some nights. There were times I had gone into church and I still smelled like beer. Not a good example to set.

I was on a downward spiral and it wasn’t looking good, but you don’t notice you're falling, because you’re too busy enjoying the ride down.

I would also smoke when I drank. I would have a pint and go out for a smoke and keep doing that until I ran out of money or cigarettes. It wasn’t a social thing for me, it was an escapism thing. I wanted to escape my reality, which was that I was working too hard, and my family relationships were falling apart entirely. I would argue with my parents and fight with my brother, and my relationship with my sister hardly existed. I was on a downward spiral and it wasn’t looking good, but you don’t notice you're falling, because you’re too busy enjoying the ride down.

The thing that made me stop drinking, was that one day I got home from work and I went to the fridge and I pulled out a beer, drank it and reached for another. Then I saw the kitchen clock. It was 3pm. I had never thought that I would be coming home from work and it would be instinct for me to grab a couple of beers. That wasn’t an instinct I was comfortable with. It scared me to think that if I said "its okay, it’s nearly early enough to drink" that I would justify waking up in the morning and drinking, because "it’s only one." So I decided then and there that I wouldn’t drink again.

Unfortunately that wasn’t the end of my addictions and vices. I smoked when I drank, but I also smoked on my way to work on my way home, and every time I had a spare five minutes at work. I didn’t smoke at home because my parents didn’t know. So I would leave early to smoke on the way in to work, and tell my parents I finished work later so I could smoke with friends after work. I was smoking for the sake of smoking.

I remember going to a friend’s house from college and they had got weed with them. I decided that it was no different to smoking, and so I started smoking the joint. There was a point in my life where I was smoking weed, drinking and smoking cigarettes as well. Needless to say my health wasn’t amazing. I would have really dark depressions, which weed fixed. I would get anxiety, which smoking fixed, and I would be stressed, which having a beer fixed. I had got it all figured out.

Then once I had stopped drinking, I felt less stressed out. I would still get stressed, but I would overcome it in a different way.

When I was 19 I found out that I was pregnant. That changed everything. I stopped smoking weed and cigarettes immediately, and I had to reassess my life. I suddenly had someone other than myself to think about. This meant that I couldn’t be on this selfish destruct mode.

Taking away those negative things showed me all of the positive things I had lost along the way.

So I did reassess and I had an awful realisation. Taking away those negative things showed me all of the positive things I had lost along the way. I was enjoying all those bad things and it meant that all of the relationships around me were either falling apart, or they weren’t healthy relationships to have. This left me eventually with two babies and only my family to depend on. Or did it?

When I was going through the ‘detox’ of not smoking anymore, I was aggressive and generally not nice to be around, but despite that I felt constant reminders from God. The reminders were that he was there and that I could never fail or disappoint him.

God is there and his favourite thing to do is give people a second chance.

There is a song by Rend Collective called ‘Second Chance’. This song still speaks to me today as an anthem of forgiveness. The lyrics talk about how all our sins are forgiven by Jesus’ sacrifice on the cross. So no matter your sin or the addictions you may be facing, God is there and his favourite thing to do is give people a second chance. 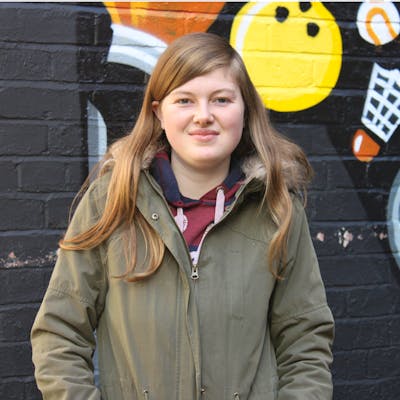 I believe we are all made unique for a reason.