The promises of the New Year

How’s the year going for you so far? Did you make any New year resolutions or were you like me and just hoping for the best?

Well, either way, just like it was in 2020, our faith is about to be tested again. Do you remember what faith means again?

Hebrews 11:1 in the Bible describes faith as: “The assurance of things hoped for, and the evidence of things not seen.”

We unknowingly exercised our faith all through 2020. We hoped the lockdown would end, we hoped we would get to see friends and family again, we hoped that everything would get back to normal, but where we might have gotten it wrong is we did not know where or in whom we put our faith.

This year I want to give you a little challenge.

So this year I want to give you a little challenge. I want you to be intentional about where and in whom you put your hope and trust because if no one has told you yet, you exercise faith on a daily basis by hoping for things. But only one person can give you an assurance of a good outcome at the end of the day, and that person is Jesus Christ.

Let me tell you a brief story.

There was once a King known as King Nebuchadnezzar and he ruled Babylon. He ordered his kinsmen to find the smartest and strongest men from Judah to serve in his kingdom. And they brought him three men named Shadrach, Meshach, and Abednego who excelled in every work.

One day, the king set up an idol which was tall and made of Gold. He ordered everyone to bow to the Idol but the three friends denied.

The angry king shouted, “If you do not bow to the Idol, you will be thrown into a hot furnace and your family turned into dust.” They said, “Our God would come and rescue us if thrown into the fire and even if he doesn’t save us, we would not bow down to your Idol”. This made the king even angrier and he ordered soldiers to heat up the furnace seven times greater than usual.

God has sent his angel and saved his servants from the fire!

They threw all three into the fire when the king peeped in, he saw four people standing in the fire and knew that it was an angel. He called them out and saw them unharmed. He then shouted, “Praise the God of these young ones, their God has sent his angel and saved his servants from the fire!”

King Nebuchadnezzar later passed a law that whoever speaks against the God of Shadrach, Meshach and Abednego will be cut into pieces.

It was their intentional faith in God that saved them from such a frightening situation. They did not just have faith and hope for the best, they were intentional about who they put their faith in because they knew that he would come through for them.

I know 2020 was frightening, confusing, and a big mess, but 2021 holds so much promise for you if only you could see it through your eyes of faith.

Do not give up yet, this is only the beginning. I’ll let you in on a secret: when you place your faith in the right place and in the right person, you can cause anything to bend in your favour. 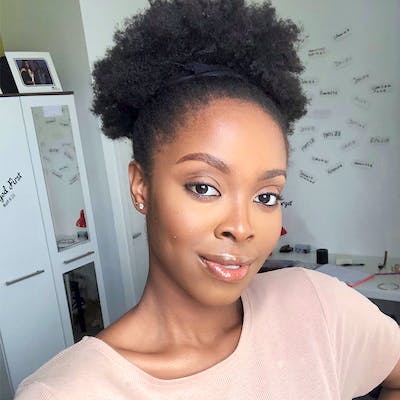 I write about real life experiences and how God can help us overcome our day-to-day challenges.