Netflix is becoming a household name and the desire to release a blockbuster original series has been evident over the last year. They have started to pump a lot of money into bigger marketing campaigns and their latest original series, 'Lost in Space', is a case in point, surrounding me everywhere I go as of late. It’s been on billboards, in newspapers and the trailer is on radio ads. The question is, is this the blockbuster Netflix have been waiting for?

'Lost in Space' is based around the very likeable Robinson Family: Maureen and John Robinson and their children Will, Judy and Penny. The Robinsons and a number of other families are supposed to be travelling to a new life. Instead they crash land on an uncharted planet and the adventure to get back on course towards their supposed destination begins. Each family member are gifted in their own way with a particular skill, which throughout the series helps them overcome the obstacles they face. As a family they really show how teamwork is the key to survival.

Accompanying the Robinsons are two outsiders who aren’t quite what they seem and a breadcrumb trail of lies follow them: Dr Smith, who likes to play the role of master puppeteer, and Don West, who seems to flirt his way around a lot of situations and is a bit of a rascal. Watch out for these two, they always add a curve ball in the midst of chaos.

'Lost in Space' is like 'ET' meets 'Star Wars' meets 'The Martian'.

'Lost in Space' is like 'ET' meets 'Star Wars' meets 'The Martian'. You’ve got the unlikely friendship between Will Robinson and a non-human life form; rockets which are a familiar shape to the Millennium Falcon; and a group of people trying to survive on a planet they don’t know anything about. One thing you can be assured of is that danger will find them.

From the moment you watch this series you feel that you have to take it seriously. The acting doesn’t feel cheesy and there’s been a lot of time taken over the details of props and the set. The planet is visually and technically impressive and very believable.

'Lost in Space' has had a great team behind it, including screenwriting duo Matt Sazama and Burk Sharpless, known for The Last Witch Hunter and Gods of Egypt.

The hope is that not only will this series appeal to those who watched the original but to a new generation of fans.

Yes that’s right, it’s important to note this is a reboot of the 60s comic strip and original 1965 TV series. There was also the 1998 feature-length movie starring Matt LeBlanc, Heather Graham and Gary Oldman. The arrival of this series is very exciting for some die-hard fans and is a series for all the family to sit and watch together.

'Lost in Space' is a gripping, easy to watch, sci-fi series with a little something for everyone.

I have to admit that I’m always a little sceptical when it comes to watching sci-fi. It can be so hit and miss as to whether or not I enjoy it, (I’m still feeling dizzy from watching Sandra Bullock in 'Gravity'!!) But 'Lost in Space' is a gripping, easy to watch, sci-fi series with a little something for everyone, including me. Filled with jeopardy, adventure and hope, I believe this could be a blockbuster for Netflix. 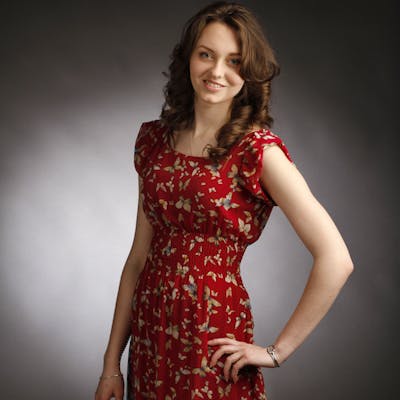