Advice from a recovered bulimic

It's a new year and Christmas is over. Reality hits you hard as you go back to school or work.

You are surrounded by ‘new year new me’ resolutions and everywhere you look is a diet advertisement. All of your friends seem to be trying to shift those mythical ‘Christmas pounds'.

You are torn between joining the crowds and following a strict ‘no carb’ diet and fighting for your mental health and staying strong in this society pressured season. Which way do you go?

There are an estimated 725,000 people in the UK affected by an eating disorder.

According to a 2015 report commissioned by Beat, there are an estimated 725,000 people in the UK affected by an eating disorder. 725,000 feeling extremely vulnerable this January. 725,000 people who, like me, have a sickening dread whenever January is around the corner.

I have lived through many Christmas periods and New Years with an eating disorder. But I have also survived three consecutive years as a recovered bulimic, which is why I wanted to share this blog. To show you that no matter how difficult this month may feel, you will get through it. And each year you do, it becomes that little bit easier.

Here are my top tips on how to stay strong this new year:

Recovery is not a perfect uphill ride. But that is ok.

This might sound like I'm contradicting myself, since I'm writing on how to stay in recovery, but lapses do happen. Recovery is not a perfect uphill ride. But that is ok. That is normal.

If you learn to accept that, instead of beating yourself up every time you miss a snack, or every time you binge, your recovery journey will be easier.

Even those living without an eating disorder feel the guilt of a week of over indulgence. Christmas is associated massively with food, alcohol and meals twice the size you would usually eat. That's the joy of Christmas right?

But occasionally for those with an eating disorder, as I know from personal experience, that guilt can get too overwhelming and cause you slip back to an old habit.

Just remember, the guilt won't last forever. And even if you did slip up, so what? As long as you can pick yourself up and carry on making the right decisions, it's ok! Mistakes happen.

It is great to want to be healthier and change a bad habit, but you can create goals like that no matter what month you are in.

I think New Year's resolutions are pretty pointless. Don't get me wrong, it is great to want to be healthier and change a bad habit, but you can create goals like that no matter what month you are in.

I like to see January as ‘just another month'. It's something that helps me get through those harder days.

Yes, it's a new year and a celebration, but for me it's just the same as March, April, or September. I have to see it that way, else it becomes more difficult for me to stay in recovery. Maybe you could try that too?

Social media can quite often be the trigger of a downward spiral.

Something I have found from personal experience is that social media can quite often be the trigger of a downward spiral.

There are too many ‘before and after’ weight loss photos, or celebrities promoting a diet juice, or pictures of photo shopped stomachs.

It's these kind of things that, when we are already feeling vulnerable, can tip us over the edge into a relapse. And so my advice? Don't look at them!

I quite often take short breaks away from social media, even now three years recovered, I still have to do it. And more so in January, because the amount of diet content posted seems to triple.

I know that if I am to stay recovered, I cannot let myself look at that sort of stuff.

It's difficult, in a society that so heavily relies on social media. It is hard to take a break from it. But what do you want most? To be able to scroll down Instagram, or to be a healthy, stronger version of yourself?

Every year you successfully make it through, you will find the next so much easier.

As I stated earlier, this is my third year living through diet season as a recovered bulimic. I can hand on heart promise you that every year you successfully make it through, you will find the next so much easier!

“Do not conform to the pattern of this world, but be transformed by the renewing of your mind.” The Bible 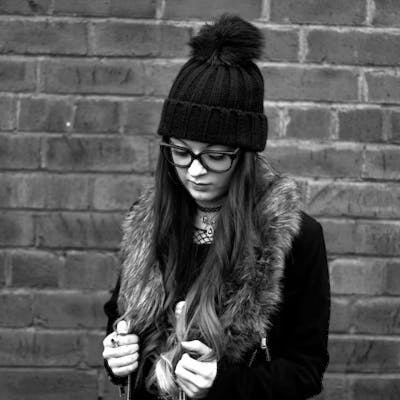 I want to spread hope and encouragement to people who are in dark places.